Robert’s top tip for aspiring authors: If on any given day you don’t feel particularly creative, then edit your draft, or sketch out new plot ideas. There is never a good reason to stare at an empty sheet of paper (or blank computer screen). You become a writer by writing. And … never give up. 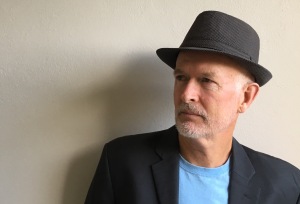 Robert Power was born in Dublin and has lived in Melbourne since 2005. He freelanced as a journalist in London, appearing regularly in newsprint and magazines including The Guardian, New Society, New Statesman, Radio Times, Time Out, City Limits. He has worked in international health for 30 years, travelling globally as a consultant, and publishing over 120 academic journal articles. He was short-listed in the Victorian Premier’s Literary Awards in 2008 and was a prize-winner in the 2012 Age Short Story Competition. He has published three novels: In Search of the Blue Tiger (Transit Lounge, 2012), The Swan Song of Doctor Malloy (Transit Lounge, 2013), Tidetown (Transit Lounge, 2015) and a collection of short stories, Meatloaf in Manhattan (Transit Lounge, 2014). Lulu in New York and Other Tales (Unicorn Press, 2017) is a collaboration with acclaimed American painter, Max Ferguson, in which Power has written 500-word stories envisaging sixty of the artist’s paintings. The book was launched in May 2017 in New York and the following month in London. Power’s memoir/travelogue Tell it to the Dog is now in bookshops and other outlets. More details of his work, including reviews and blogs can be found on his website: www.robertpowerauthor.com

Why do you write? I was born in Dublin, Ireland, so I like to think aspiring to being a writer is a birthright. In any event I have written fiction for as long as I can remember. It’s one of the best media for exploring the human condition, trying to make sense of life’s events and for wrapping it all up in a series of imagined worlds.

What would you be doing if you weren’t a writer? Very few writers are able to pay the bills by writing alone. I have had many jobs: a teacher; a freelance journalist; social science researcher. But for the last 30 years I have worked in international public health (with a particular focus on HIV prevention: see my second novel The Swan Song of Doctor Malloy).

What was your toughest obstacle to becoming published? Staying strong when the publishing houses sent the rejection slips. I was once told by a commissioning editor from one of the big four that they ‘loved’ my first novel. Two weeks later she called to say the marketing department could not clearly identify the ‘genre’ so would not be taking it further. Finding a publisher to believe in a first time author is the greatest barrier to any aspiring writer.

What’s the best aspect of your writing life? Engaging the creative side of my being. Exploring and expanding ideas and watching stories unravel in front of me with characters that come to develop lives of their own. Tell it to the Dog is my sixth book and I am continually honing my skills and learning from those I work with, especially the editorial team at my publisher, Transit Lounge.

—the worst? Finding the time to write all I want to write. I currently have 50,000 words of a detective story in development, as well as drafts for new short stories and ideas for a follow-up to Lulu in New York & Other Tales (Unicorn Press), my collaboration with the American painter Max Ferguson.

What would you do differently if you were starting out now as a writer? I would abandon the modern world, live in shack by the sea, rescue a dog, own a pair of shorts and a tee-shirt, eat off the land and the ocean and walk and write and write and walk.

What do you wish you’d been told before you set out to become an author? I would like to have known more about the network of independent publishers that are interested in new authors and to be told to trawl through their websites to be sure that my kind of writing suits their interests.

What’s the best advice you were ever given? When I came to Melbourne 12 years ago I was encouraged to enter my first novel, In Search of the Blue Tiger, for the Victorian Premier’s Literary Awards for an Unpublished Novel. I was short-listed. The chair of the panel, Kevin Brophy, recommended I send it to Barry Scott at Transit Lounge. Transit Lounge has been a great publisher for me ever since. Also, being advised to set up a website was invaluable: www.robertpowerauthor.com

‘Robert Power’s journey is one of great heart, risk and compassion. He is a craftsman using language as a fine tool to carve a life story enmeshed in the values of our common selves.’ Tony Birch, author of Ghost River

Tell it to the Dog is an exquisitely written memoir that is at once playful, heartbreaking and affirming. From a Dublin childhood to London, then on to Europe, to Asia and Australia, there is a deep engagement with the world in this book about growing up, about human and animal connectedness, about friendship, love and loss. Power understands the uncanniness and endurance of memory. He can make us laugh, and then stop us in our tracks at the profundity of this business of meeting life. Each of these short chapters is beautifully complete; together the whole thing shimmers. In the most delightful and subtle of ways, the language, trajectory and wisdom of Tell it to the Dog underscores our need to embrace our own vulnerabilities, to confront our experiences and memories, and to believe as Jane Austen once wrote, that ‘when pain is over, the remembrance of it often becomes a pleasure’.

‘With exquisite prose and riotous feeling, Robert Power has created a stained glass window of a book, through which we gaze, as if for the first time, into what it means to live a life.’ Catherine de Saint Phalle, author of Poum and Alexandre