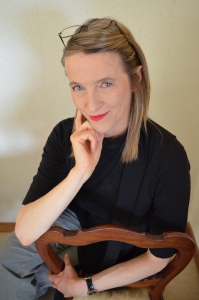 Justine Ettler’s The River Ophelia, (Picador,
1995) was a best-seller in Australia and New
Zealand and has been taught at HSC and
university level. Her novel, Marilyn’s Almost
Terminal New York Adventure, (Picador) was published the following year to critical acclaim. In 1997 Justine was selected as one of six Australian authors to tour the UK as part of the New Images Writer’s Tour, and subsequently moved to London where she lived until 2007. She worked as
a book reviewer at The Observer, The Evening Standard, and The Times Literary Supplement, lectured in Creative Writing,
and worked as a reader for the London literary agency,
Cornerstones, as well as for The Literary Consultancy.

Why do you write? Because I love writing.

What would you be doing if you weren’t a writer? Difficult to imagine but I’d probably be a musician.

What was your toughest obstacle to becoming published? Learning how to keep writing through rejection and poverty.

How involved have you been in the development of your books? Do you have input into the cover/illustrations? Yes, I had input into designing the cover for Bohemia Beach; not so much with my first two books.

What’s the best aspect of your writing life? The peace I feel when writing.

—the worst? Having my writing misrepresented in the media.

What would you do differently if you were starting out now as a writer? Take some time out from love relationships to concentrate on my writing.

What do you wish you’d been told before you set out to become an author? Choose a more nurturing publisher over a bigger chequebook.

What’s the best advice you were ever given? Keep writing and don’t quit your day job.

What’s your top tip for aspiring authors? Find an agent/publisher who understands what you’re trying to do and is in it for the long haul.

How important is social media to you as an author? It can lead to good contacts, I don’t use it for my personal life.

Do you experience ‘writer’s block’ and if so, how do you overcome it? Accept it as part of the process and keep writing even if all I’m doing is journaling.

How do you deal with rejection? By trying not to take it personally.

In three words, how would you describe your writing? True, complex, original.

If you had the chance to spend an hour with any writer of your choice, living or dead, who would it be and what would you most like them to tell you about living a writing life? George Eliot, and I’d love to ask her tell how it felt to be married to a supportive, literary husband.

Catherine Bell, a famous concert pianist, is struggling to
hold on to her career in a competitive international arena
that spans the classical music capitals of the world. After a
disastrous show in Copenhagen, Cathy is about to attempt
her first concert performance without alcohol in Prague
when her marriage implodes, her terminally ill, Czech-born
mother goes missing from her London hospital, and
a much needed highly paid recording deal falls through.
Cathy finds herself coping in the only way she knows how:
grasping a glass of forbidden pre-performance champagne
and flirting with Tomas, a stranger in a Prague nightclub.
While her therapist Nelly advises her to abstain, Cathy’s
relationship with drink, and Tomas, draws her deep into a
whirlpool of events as mysterious, tense and seductive as
Prague itself. Justine Ettler’s discipline in the writing is as
controlled as Cathy is out of control– the novel brilliantly
references classics such as Wuthering Heights – and as with
Rachel in The Girl on a Train the reader is drawn into the
protagonist’s predicament with moving, palpable intensity.
Bohemia Beach is an edge of your seat ride, a compelling
story of addiction, passionate love and the power of art. It
heralds the return of one of Australia’s most distinctive authors.