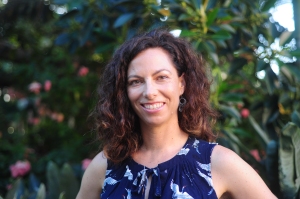 Melissa Fagan is a writer and editor
based in Brisbane, where she also
teaches and lectures in creative
writing courses at the University of
Queensland and QUT. Her fiction
and nonfiction has been published in Overland, Kill Your
Darlings, Meanjin, QWeekend and others. At various times throughout her life (but mostly pre-21st century)
she has worked as a receptionist, data entry clerk, call
centre operator, market research telephonist and editorial
assistant. She has also taught swimming and horse-riding,
and led tours through South East Asia, In 2018 she started
a practice-led PhD in travel writing with Curtin University
and the University of Aberdeen.

Why do you write? The only reason I can write is because I stopped asking myself this a long time ago … even thinking about it gives me the heebie jeebies. Having said that, if I don’t write for a period of time, I soon realise that something is missing, so that’s a definite motivation.

What would you be doing if you weren’t a writer? For most writers, myself included, being a writer entails doing lots of other things that may be only loosely connected to writing; so as well as writing (books) I also write professionally, and edit, and teach writing. If I wasn’t a writer who also did those things then I couldn’t be a writer. If I weren’t a writer at all I would be a wandering mystic. Or maybe a small business owner. Or both. And I’d probably still write a little bit.

What was your toughest obstacle to becoming published? My own impatience/lack of resilience. A few people may have a dream run from the outset, but for most of us it can be a long, hard slog. You’ve got to have self belief and humility in equal measure; it took me a long time to grow into that.

How involved have you been in the development of your book? Do you have input into the cover and illustrations? What Will Be Worn is my first book and I was very involved in its development. I submitted it to my publisher more or less fully-formed. The editing process was intensive at the line level, but even then I had a lot of say in which changes I would take on. I also had a lot of input into the cover, which is an amalgam of old illustrations from McWhirters catalogues. Fortunately my publisher and I were in basic agreement about which illustrations might work from the outset. There were a few sticking points throughout the process, but we got there in the end and I couldn’t be happier with the end result.

What’s the best aspect of your writing life? Freedom and flexibility.

—the worst? As a result of the above, you have to be your own task master. I wouldn’t choose to have it any other way but deadlines are essential to getting things done, even self-imposed ones.

What would you do differently if you were starting out now as a writer? One way to answer this would be to say nothing, because I am the writer I am now because of the pathway I have taken. But that pathway might have been shorter if I’d made a more concerted effort to finish things – that’s why writing courses are good, not because they teach you how to write but because the structure forces you to create finished works.

What do you wish you’d been told before you set out to become an author? I don’t know if there’s anything that anyone could have told me that I would have listened to, not when I was younger anyway. If anything, it would be that life experience, which includes alternative careers, is really beneficial for a writer. I sometimes held back from opportunities, or didn’t follow them through, or only pursued them half-heartedly because I thought they were taking me away from my ‘true path’ of being a writer. But pursuing opportunities, professional and otherwise, that don’t seem to have anything to do with writing, can actually be a really good thing for a writer.

What’s the best advice you were ever given? I’ve had a Rod Jones quote (from a 2003 interview with Jane Sullivan) pinned above my desk for the past 15 years. It’s about the importance of getting lost while you’re writing, that it’s part of the process and you shouldn’t fight it. While you need willpower to keep going, especially when you are lost, the breakthroughs come “not through will or ego or intellect, but through intuition, the accidental glimpses that come when you’re relaxed”. I’ve always found this to be true – ideas come to me in the shower, mid-conversation, in the middle of the night, while cycling or swimming or doing yoga – but it’s easy to forget this when you’re feeling frustrated.

What’s your top tip for aspiring authors? Read a lot and read widely.

How important is social media to you as an author? It’s not very important – at least it hasn’t been to date.

Do you experience ‘writer’s block’ and if so, how do you overcome it? I think I used to, or at least I used to feel as though I did. I don’t think it’s a case that I’m less prone to writer’s block now than I once was, but I think my expectations have changed as I’ve become more attuned to my own rhythms. Some days I might struggle to write a good sentence; other days (rare days) I might get into a groove and write 3,000 words. Potentially the fact that I haven’t tried to write fiction in a while makes a difference. In memoir and creative nonfiction, the words are just as important, but you’re not trying to make stuff up; the challenge is often more in finding a shape for what’s already there.

How do you deal with rejection? Not well! Who does? A couple of years ago, I received a rejection email on Easter Thursday while waiting in line to buy beer tickets at a festival. I tried not to look at it, but the first line came up on my phone … so it was impossible. My mood tanked. I tried to fight it, to no avail. So I gave myself 24 hours to mope, then put it behind me. It wasn’t quite that simple – in reality it stung for months – but I think giving myself a contained period in which to really feel like shit helped a lot.

In three words, how would you describe your writing? You tell me.

If you had the chance to spend an hour with any writer of your choice, living or dead, who would it be and what would you most like them to tell you about living a writing life? This is a trick question isn’t it? What could Jane Austen or Virginia Woolf or Marguerite Duras or Jeanette Winterson tell me in person that their words couldn’t?

What Will be Worn

Sometimes it seems the most invaluable stories can be
found in the unlikeliest of corners.

For all who know Brisbane, McWhirters, a once celebrated
department store in Fortitude Valley, is an icon. For Melissa
Fagan it is also the starting point for this remarkable
exploration of her mother and grandmother’s lives, and a
poignant reminder of the ways in which retail stores and
fashion have connected women’s lives across decades.
Behind the dusty shop counters of an Art Deco treasure,
Fagan discovers both what has been lost and continues to
shine. Ultimately this tender exploration of self and family,
so exquisitely written, speaks of the ways in which life so
often surprises us and of how the legacies of others can
truly enrich our own relationships and lives.

What Will be Worn is available from your local independent bookshop and  Booktopia.