Many years go when my first picture book – a stranger danger tale called You Don’t Know Me? – was published, a young reporter from the local paper called round to interview me. Today it’s my pleasure to reverse the roles and chat with journalist, book reviewer and aspiring novelist Maureen Eppen about her writing life. 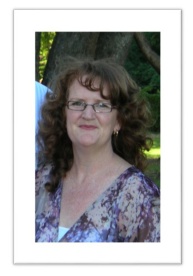 Why did you go into journalism? I always knew I wanted a job that would take advantage of my love of English, writing and reading. I did work experience at a local library when I was in Year 10 and realised that wasn’t for me. When I was in Year 12, there was an advert in my local paper, The Sound Advertiser (as it was called then), for a cadet journalist at their sister paper in Mandurah. Long story short: I applied and was lucky enough to get the job, but didn’t start full-time until I’d finished my Year 12 exams – in case I, or my employers, had a change of heart. I’ll be notching up 33 years in the industry later this year…

What would you be doing if you weren’t a journalist? If I had my “dream career” these days, I would be a novelist, and if I needed to supplement income from royalties [g], I’d love to own and work in an independent bookshop, and/or teach writing courses.

What has been the biggest challenge of your career? Maintaining motivation in the face of temptation and distraction. As a freelancer working from home, you have to have a degree of self-discipline, so that you don’t get caught up in all the other jobs you could (should?) be doing around the house. Basically, you have to knuckle down at the start of the day, and get the work done.

What’s the best aspect of your writing life? There are so many positives… I’ve been able to work from home while my children were growing up, and often organise my working hours around their needs. I have also met many warm, friendly, fascinating and inspirational people, some of whom have remained firm friends. I’ve structured my schedule to allow for a great deal of flexibility, which means I’ve been able to put some work aside if somebody close to me is unwell, or there’s an event I want to attend. I can then catch up with the work outside of normal business hours (I couldn’t do that if I worked in a newspaper office). I also love the processes associated with interviewing and reporting – and I simply HAVE to write every single day; it’s non-negotiable.

—the worst? Foregoing paid holiday leave, sick leave and employer-funded superannuation so that I could work part-time from home while my children were growing up. Having said that, I wouldn’t do it differently if I had the choice again. My family might say the worst aspect of my writing life is the fact that some days I’m isolated from human contact, so when they come home at the end of the day I have a tendency to talk “at” them for a while…

What’s the funniest thing that’s ever happened to you in the course of writing a news story? The first that comes to mind occurred fairly early in my career, when I was taking photos at a bushfire near Mandurah, to go with a story I was writing. I called my editor, who lived in Kalamunda, and he arranged to “hold the front page” until the next morning, then drove down to my house in Calista to collect the 35mm black and white film for processing. When he picked up the camera he asked what I’d done with the film – at which point we both realised there hadn’t been a film in the camera! I’d been standing on the top of emergency service vehicles to get a good angle, was taken right out to the fire-front for some close-ups, and had told all the volunteer firefighters to check out the front page of the next edition of the paper. Oh dear!

What would you do differently if you were starting out now as a journalist? That is a tough question, because the working environment is changing so rapidly for journalists in these days of internet news feeds and blogging. I would probably try to develop some web design skills, create a (dynamic!) web page, specialise in an area that I love, and try to earn a living that way.

What do you wish you’d been told before you set out to become a journalist? That for the vast majority of journalists, it turns out to be a job you do more for love than for profit. Your hourly rate is not going to be brilliant, but you will never, ever be bored.

What’s the best advice you were ever given? “It’s better to have it and not need it, than need it and not have it.” This advice (from my wise mother) works as well in everyday life as it does in journalism. I would much rather get more information than I need for a story than find that I’ve missed out on some details that readers may have appreciated. With this in mind, I ask LOTS of questions.

You read and review fiction. Is there a novel waiting to be written, and if so what form would it take? I’ve got a few novels in the pipeline. I’m inspired by, but also hampered by, my appreciation for top-notch fiction. This means I enjoy few things more than becoming totally immersed in a well-written story, but I also fear that my own writing efforts will fall far short of my aspirations and ideals. One of my fledgling novels is a fictionalised account of some of my adventures while growing up in a blue-collar suburb south of Perth…

What’s your top tip for aspiring journalists? If you don’t ask, you don’t get. Never be afraid to ask – for help, for information, for a chance.

One thought on “Meet the Writer: Maureen Eppen”